In 1967, when CLEPS was founded, Prof. D.Pavlov established and headed the Lead-Acid Battery Department (LABD). Ever since, more than 50 years now, the research and development activities of the LABD have been focused on the lead-acid battery theory and technology. Today, the LABD of IEES (former CLEPS) is an integral research organization capable of resolving and consulting about all kinds of fundamental, technological and design problems related to lead-acid batteries.

Total number of papers published throughout the years

Most of the results of the research efforts of the LABD team have been summarized in more than 300 publications in international journals and conference proceedings,

Total number of citations throughout the years 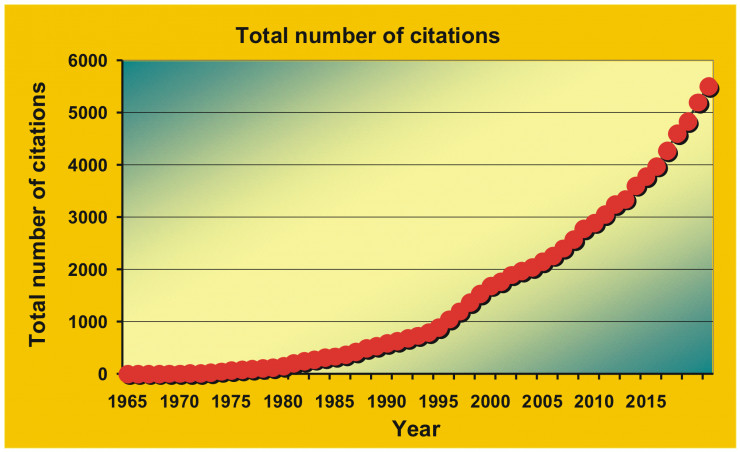 By the end of 2018 LABD works have more than 5500 citations by authors from all over the world. 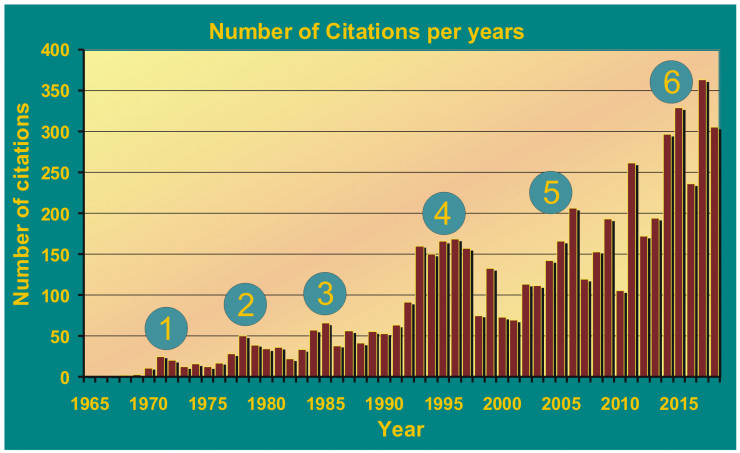